So far, Celigo is doing an excellent job at achieving its mission. They started off in 2010, and since then have done nothing but grow and add to its value offering. Celigo started to achieve its mission with a single, well-designed connector application for the NetSuite platform. In 2019, it has a full integration platform with tiers of integration solutions and extended utility with the most popular enterprise apps.

By now, Celigo has a lot to offer, and any company with SaaS integration plans in their future should do some homework on them. 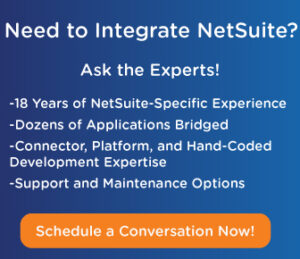 Celigo’s single connector has grown into a multitude of integration options that scale up and down on a “freemium” scale. Celigo offers two main types of solutions; a “Smart Connector” or access to a complete IPaaS platform.

This is how it all started for Celigo, a single, pre-built solution that connected two SaaS applications. For businesses looking to connect two popular SaaS applications, a Celigo “Smart Connector” can be a solid investment. With popular smart connectors, most of the use-cases have solved, and set-up is nothing more than a series of wizards. You can have a robust integration set-up and tested in days as opposed to weeks or months.

Another benefit of going with a Celigo smart connector over a custom application is the suite of management tools offered to you by Celigo. These tools allow you to keep your integration running smooth and makes minor edits much easier in the future. Scaling is also easier on the Celigo platform as you can add flows with a few more clicks.

Celigo has come a long way since a single smart connector, they now have over 20 out-of-the-box integration applications ready to go.

In 2016, Celigo launched an IPaaS, Integrator IO. The platform is suited for anyone who needs to connect applications that aren’t mainstream enough to have a smart connector built already. Celigo’s IPaaS gives users the management, security, and best-practices framework of their “smart connectors.” In fact all of Celigo’s smart connectors are now built on top of their IPaaS. So you never feel like you’re starting from scratch, regardless of the applications you’re trying to integrate.

Possibly the best feature of the Celigo IO platform is the “marketplace.” This is where Celigo allows third-party developers to create smart connectors, templates, and app assistants using Celigo’s framework, and then publish those apps for others users to use.

Templates are pre-built integration flows that usually solve a common and relatively simple business use-case. Depending on the app you’re trying to connect, there could be one or many templates available to jump-start your integration project.

The marketplace is a great way for business processes/use-cases with shifting popularity to get solved without Celigo having to do all the thinking. They simply provide the framework and let the market take care of itself.

As I mentioned earlier, NetSuite was the first “Smart Connector” Celigo ever built. Celigo has been tied strongly to NetSuite ever since. Celigo, now, has since diversified its focus but the niche connection to NetSuite is still clear.

In my opinion, the image above best represents the results of Celigo’s focus on NetSuite and the power of their Marketplace platform. For NetSuite specifically, Celigo has nearly two dozen fully-functioning, out-of-the-box smart connectors, over 50 templates, and 70 app assistants. In 2019, for NetSuite, it might be harder to find an integration use-case Celigo doesn’t have an answer for. If you’re looking to integrate NetSuite, Celigo would probably be your most established niche option.

Celigo is currently riding one of the stronger waves of adoption. Their niche focus and solid technology have made them a favorite throughout the sprawling NetSuite community. As NetSuite continues its climb you can probably expect the same for Celigo. By 2019, Celigo now has over 1000 customers and has moved onto to challenge solutions beyond the scope of NetSuite. Who knows where the ceiling is for this young company.

Customer reviews can say a lot about a platform. And when I was skimming reviews for this platform one word came up repeatedly, “Easy.” The word “easy” is all over the 100 reviews from credible sites like Gartner and G2Crowd. You’ll also find a lot of people using the cliche but still timeless phrases you’ll want to hear about an IT solution. Phrases like “simple,” “robust,” “seamless,” and yes, plenty of “greats” to go around.

Other notable highlights include plenty of positive mentions of Celigo’s support system. A project completion time averaging under three months. And it may be worth noting that of the 20 reviews on the new Gartner Peers site, not one of them was below 4 stars.

Developers from eMerge like the little things Celigo offers. Things like letting developers/admins see the forms they are mapping during the field-mapping process or creating fail-safes for when data transfers do not go through. These types of features indicate that Celigo understands the integration process and began to polish the solution.

However, an “Integration Flow” is not a universal term. For Celigo, an “integration flow” is considered the movement of a record type plus any dependent sub-record types, from one application to the another. For example, a “Sales Order” record in an ERP does not mean much unless it has the “Item” sub-records to go along with it. Celigo knows this and will allow you to move all of these dependent record types and only charge you for one “flow.”

This is different from other platforms that charge just by access to end-points or by the amount of data coming through the integration. Depending on your specific needs; end-points vs flows, this pricing method could be a burden or a blessing.

You’ll also notice that Celigo does have a “Freemium” plan. This means you can try Celigo right now and set up one integration flow. Not many IPaaS give you this opportunity and Celigo’s “Freemium” method is one way to make sure the IPaaS is the one for your business.

If you take away anything from this article I hope it has something to do with these four things:

You can also check out this NetSuite-Salesforce integration demo video to see the Celigo platform in action. Please note the video was published in 2017, so the updated version may have changes. To get an updated and personalized Celigo demo please click this link. 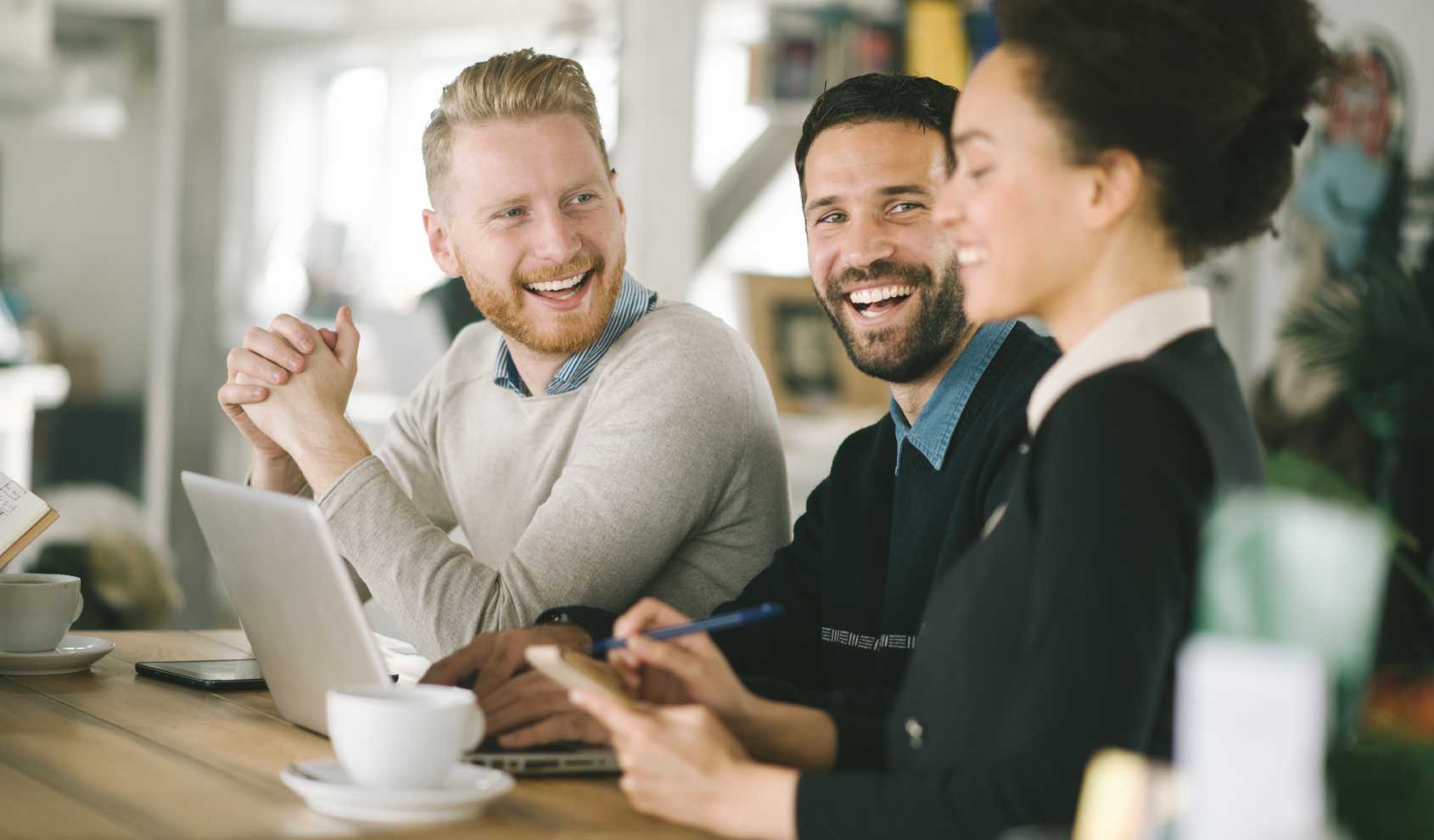 NetSuite Implementation Cost: Everything You Need to Know

NetSuite Implementation Cost Overview Are you considering a NetSuite purchase? If you are looking into one of the top- tier ERP solutions on the market, you’ll do yourself a big favor by looking into the… 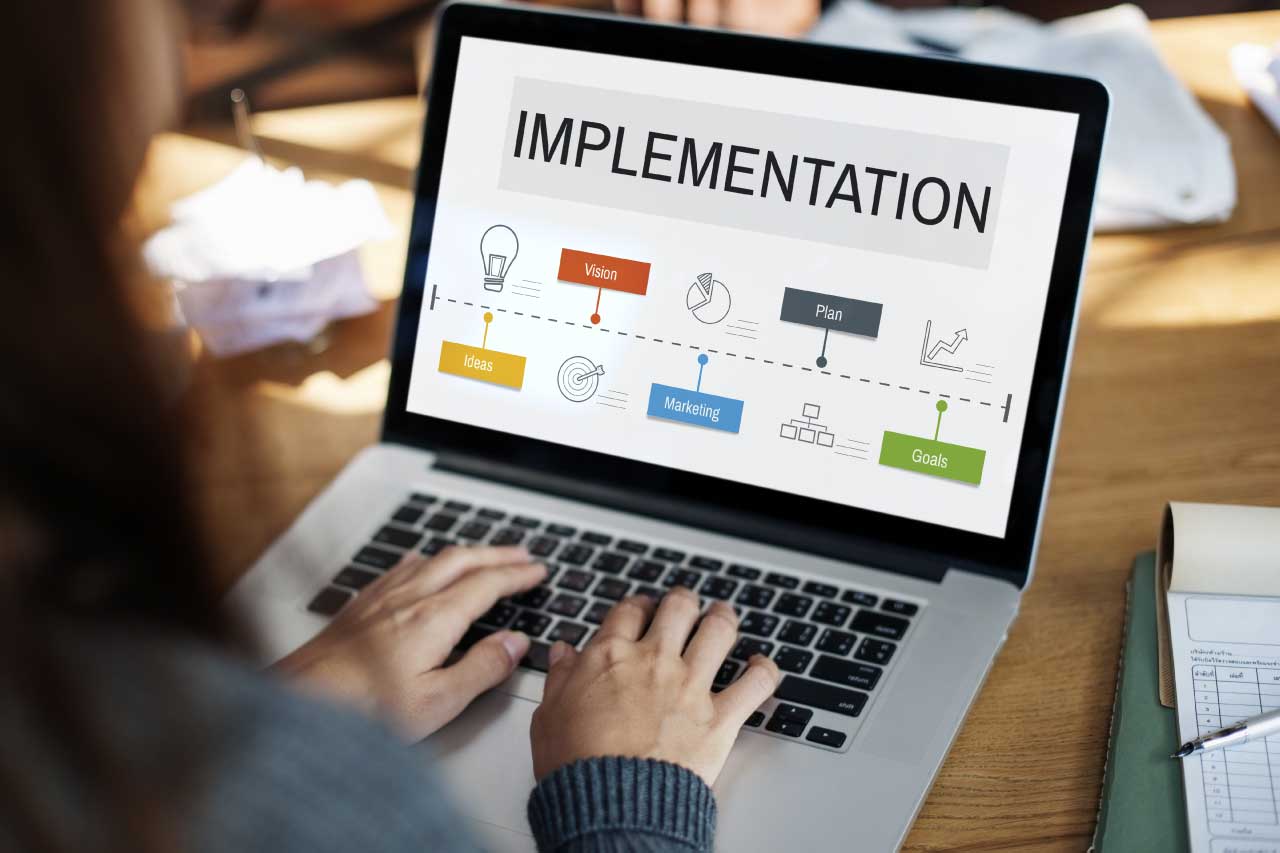 Preparing for an upcoming NetSuite ERP Implementation? You have come to the right place! And you are right to do some research before getting started; ERP implementations are notoriously tough to get right. Here are…